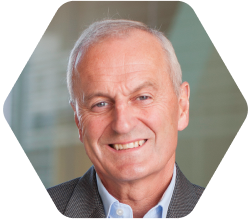 Rolf K. Hoffmann has served on our Board since April 2018.

Mr. Hoffmann currently serves as a director of Genmab A/S. He is also Chair of the board of Biotest Pharmaceuticals Corporation. He served as a Member of Supervisory Board at Stada Arzneimittel AG from August 2016 to September 2017.