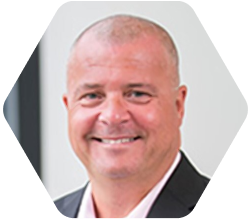 Robert S. Radie has served on our Board since October 2014.

Before joining Prestwick Pharmaceuticals, Mr. Radie served in senior management positions with a number of pharmaceutical and biotechnology companies, including Morphotek, Inc., Vicuron Pharmaceuticals, Inc. and Eli Lilly and Company.

He currently serves as Chairman of the board of directors of Rockwell Medical, Inc., a biopharmaceutical company, Horse Power For Life, a non-profit organization dedicated to improving the quality of life for individuals diagnosed with cancer since 2007, and ValSource, an employee owned company in the healthcare space since 2020.

Mr. Radie formerly served as a director of Affinium Pharmaceuticals, Ltd., a specialty pharmaceutical company, from July 2012 to March 2014, Veloxis Pharmaceuticals AS, a public commercial stage company from June 2016 until its acquisition in February 2020, and the industry advocacy group LifeScience Pennsylvania from 2015 to 2021.

Mr. Radie received his B.S. in chemistry from Boston College.