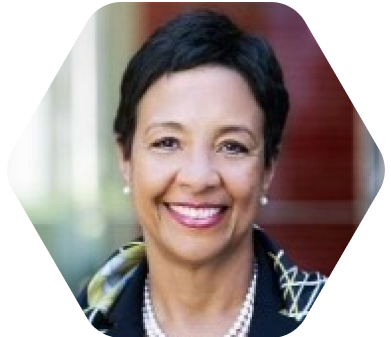 Minnie Baylor-Henry has served on our Board since June 2021. Ms. Baylor-Henry has served as the President of B-Henry & Associates, a consulting firm focused on providing regulatory and compliance strategy services to life sciences companies, since 2015. Prior to assuming her current role, she was the Worldwide Vice- President for Regulatory Affairs for Johnson & Johnson’s (J&J) Medical Devices & Diagnostics business from 2011 to 2015.

Before returning to J&J in 2011, Ms. Baylor-Henry was a National Director for Regulatory & Capital Markets Consulting at Deloitte & Touche, with a successful practice that focused on regulatory life sciences. From 1999-2008, she worked in many executive leadership roles at J&J in the Pharmaceutical and Consumer businesses, including serving as J&J’s Vice President for Medical & Regulatory Affairs for the over-the- counter drugs business.

Prior to joining J&J, Ms. Baylor-Henry worked for the U.S. Food & Drug Administration (FDA). During her career at FDA, she served in many roles, most notably, FDA’s National Health Fraud Coordinator and, within the Center for Drugs, as the Director of the Division of Drug Marketing, Advertising, and Communications.

Ms. Baylor-Henry previously served as the Board Chair for the Food and Drug Law Institute (FDLI) and was a member of the board of Flame Biosciences. Additionally, she served as the President and Chair of the board for the Drug Information Association (DIA), where she is currently serving as a Fellow. Ms. Baylor-Henry is a Trustee for Howard University, as well as the Chair of the Board of Visitors for Howard University’s College of Pharmacy. In addition, she is an independent director for sc Pharmaceuticals, Apyx Medical, Lantheus Holdings, Inc. and PolarityTE, all publicly traded companies. Ms. Baylor-Henry is a member of the board of directors for several not-for-profit companies, including The Partnership, Mass Eye & Ear Hospital, and Dress for Success Boston.