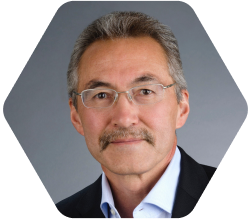 Jeffrey Stein, Ph.D. has served on our Board since October 2014.

Dr. Stein has been the President, Chief Executive Officer and Director of Cidara Therapeutics, Inc., or Cidara, since 2014. Prior to joining Cidara, Dr. Stein was Chief Executive Officer of Trius Therapeutics, Inc. from its founding in 2007 until its acquisition by Cubist Pharmaceuticals in September 2013. Dr. Stein is also founding Chairman and President of the Antibiotics Working Group, an industry leading 501(c)(6) organization.

In addition to serving on the boards of Cidara and Paratek, Dr. Stein is currently a director of Ideaya Biosciences, Inc. and serves on the board of managers of Life Science Cares, San Diego. Previously, Dr. Stein was a Venture Partner and Kauffman Fellow with Sofinnova Ventures and opened the firm’s San Diego office in 2005.

Prior to joining Sofinnova Ventures, Dr. Stein was co-founder and Chief Scientific Officer of Quorex Pharmaceuticals, Inc. which was acquired by Pfizer Pharmaceuticals in 2005. He has also served as a Principal Scientist with Diversa Corporation and the Agouron Institute.

Dr. Stein conducted his postdoctoral research as an Alexander Hollaender Distinguished Postdoctoral Fellow at the California Institute of Technology and his graduate work as a NASA Graduate Student Researcher Fellow at the University of California, San Diego.