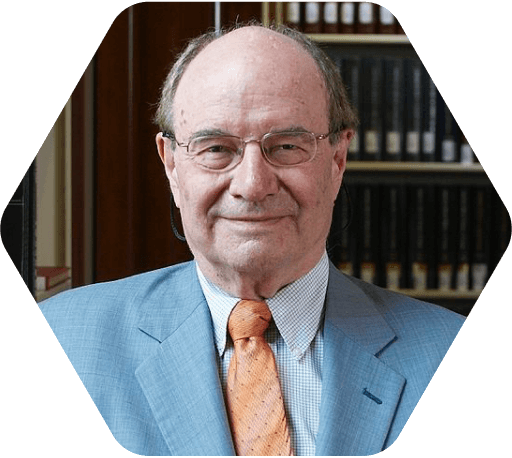 Dr. Walter (Wally) Gilbert is a renowned scientist who was awarded the 1980 Nobel Prize in Chemistry for his discovery of a method for rapid DNA sequencing. His forty year academic career at Harvard University was marked by many discoveries, including messenger RNA, genetic repressors, DNA sequencing, and the first expression of insulin in bacteria.

Dr. Gilbert is the Carl M. Loeb University Professor Emeritus at Harvard University. He is currently a managing director at BioVentures Investors, a venture capital fund in Wellesley, MA. In 1978 Dr. Gilbert co-founded Biogen, the world’s oldest independent biotechnology company. He served as Chair of the Scientific Board of Directors from 1978 to 1983, and Co-Chairman of the Supervisory Board of Directors from 1979 to 1981. He became Chief Executive Officer and Chairman of the Board and served from 1981 to 1985. As CEO, Dr. Gilbert oversaw Biogen's Initial Public Offering in 1983 and played a key role in the development of several products, including alpha interferon, beta interferon, and hepatitis B vaccine.