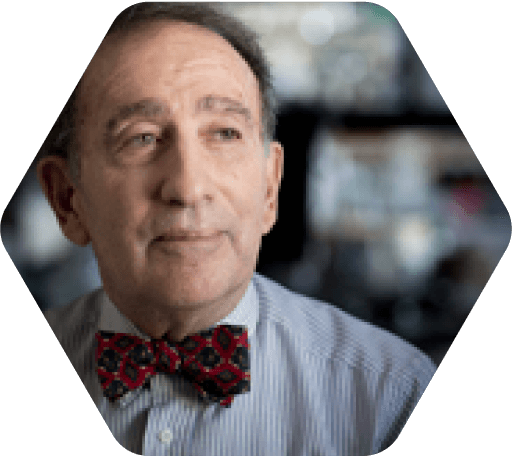 Stuart B. Levy, M.D. (1938-2019) co-founded Paratek Pharmaceuticals with Dr. Walter Gilbert. Before his passing in 2019, Dr. Levy served as the Director of the Center for Adaptation Genetics and Drug Resistance and a Distinguished Professor of Molecular Biology and Microbiology, Medicine, and Public Health and Community Medicine at Tufts University School of Medicine where he was also a Staff Physician at the Tufts Medical Center.

During his illustrious career, he co-founded the Alliance for the Prudent Use of Antibiotics (APUA), an international non-profit organization with 65 chapters around the world and members in over 100 countries. He was also a past President of the American Society for Microbiology (ASM). Dr. Levy was a fellow of the American College of Physicians, the Infectious Disease Society of America, the American Academy of Microbiology and the Association for the Advancement of Science, and Chairperson of the 1983-1986 Fogarty Center study of "Antibiotic use and resistance worldwide.”

Dr. Levy published more than 250 papers, as well as four edited books and two special journal editions about antibiotic use and resistance. His 1992 book, The Antibiotic Paradox: How Miracle Drugs Are Destroying the Miracle, has been cited widely and translated into four languages. Dr. Levy received honorary degrees in biology from Wesleyan University and from Des Moines University. In 2005, colleagues honored him with the ASM book: Frontiers in Antibiotic Resistance: a Tribute to Stuart B. Levy. He was awarded ASM’s 1995 Hoechst-Roussel Award for esteemed research in antimicrobial chemotherapy, the 2011 Hamao Umezawa Memorial Award by the International Society of Chemotherapy and the 2012 Abbott- ASM Lifetime Achievement Award.